I was reading the book “How Not to Be Wrong: The Power of Mathematical Thinking” by Jordan Ellenberg. The book introduces a paradox named after Daniel Ellsberg, a young analyst at RAND Corporation and famous for leaking the Pentagon papers to civilians. Von Neumann and Morgenstern had proven that all individuals acted based on certain rules so as to maximize their utilities ( The Theory of Games and Economic Behaviour, 1944). While working at RAND on humans taking decisions under the face of uncertainty, he devised a famous experiment, now known as Ellsbeg’s Paradox.

Suppose there is an urn (or a bag) with ninety balls inside. You know that that thirty of the balls are red; concerning the other sixty balls, you know only that some are black and some are yellow. The experimenter describes to you the following bets:

Which bet do you prefer; Red or Black? What about Not-red vs Not-black?

How Not to Be Wrong: The Power of Mathematical Thinking, Jordan Ellenberg

I want to run a simulation study of this experiment. We know that some are black and some are yellow. I want to vary the number of black and yellow balls in the urn to check the most sensible bet at different combinations.

Now, think about this — the number of red balls are fixed (30). The number of black and yellow balls can vary between one to 59, with their sum fixed at 60. Therefore, for each number of black (or yellow) ball, we have distinct probabilities for all four bets. Let us calculate them.

Let us visualize these results. 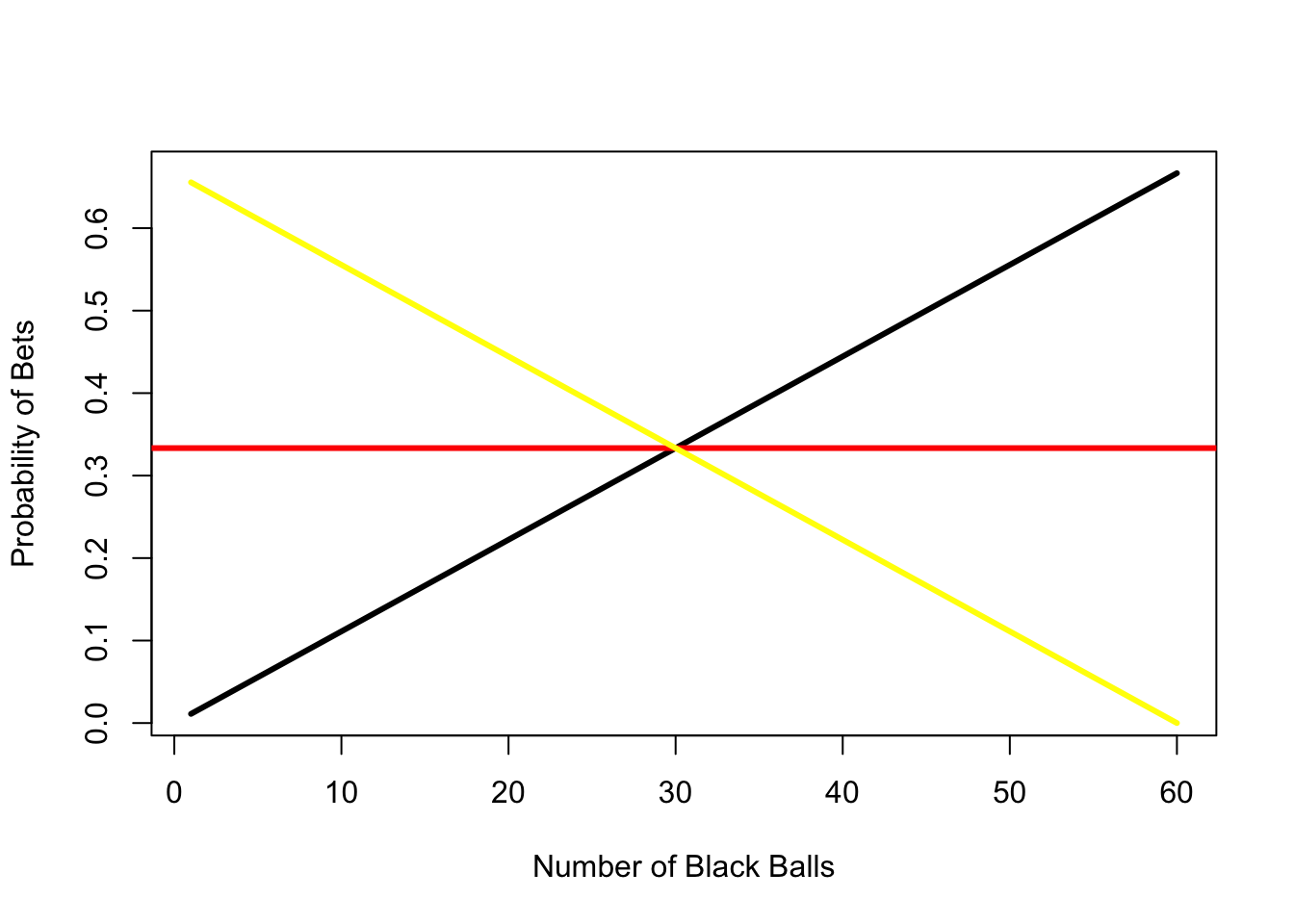 Depending on how many black balls are in the urn, you have different probabilities of winning — nothing unexpected. It is apparent that one should choose Yellow when the number of black balls is less than thirty and Black when the number of black balls is more than thirty. The only case when one could choose Red is when all the balls are in equal number in the urn, and they should be indifferent between all three at that point.

However, our original experiment wasn’t about choosing any of these individual colors, it was choosing between the four bets: Red, Not-red, Black and Not-black. Which of these is the better option? Let’s find out!

Bets Not-red and Not-black are represented by blue and gray respectively. 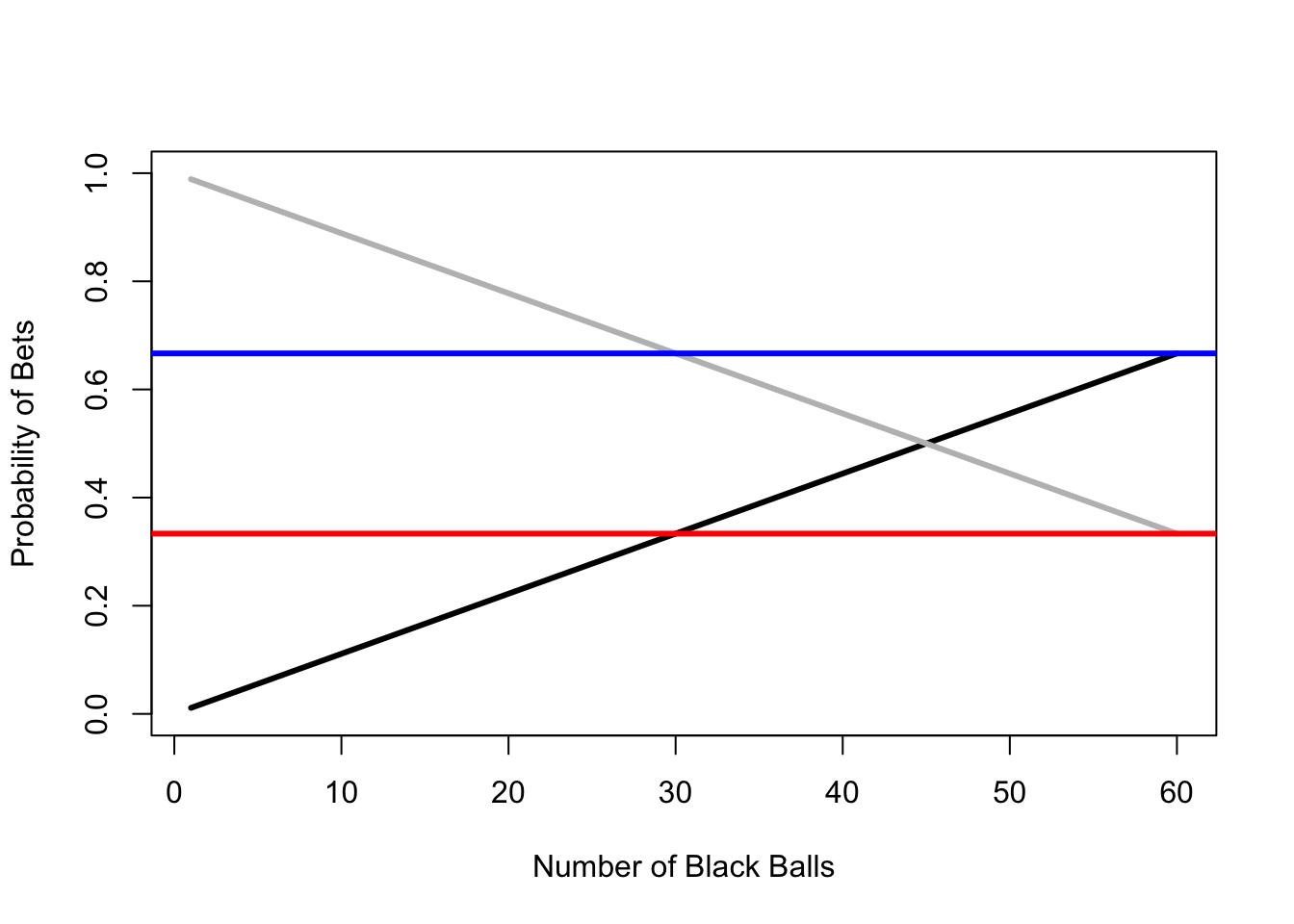 However, Ellsberg found that almost everyone preferred the Not-red bet over Not-black even when game theory and statistics showed that the two choices should be equally-preferred. This phenomenon was termed “uncertainty aversion”.

This experiment and paradox may sound trivial today but when it was first presented to the world it was a breakthrough. Utility maximization theory by Von Neumann and Morgenstern was seriously challenged by the results. Utility theory, hitherto unchallenged, had met its first limitation. Today, these limitations are well accepted among economists.

I play with R for fun.